The Appleseed Project and Jewish Marksmanship,
by Joshua Streiff.

Hello, my name is Joshua Streiff. I am a member of the Appleseed Project, a marksmanship instructor in my own right, and a fellow Jew. I appreciate this opportunity to explain both the Appleseed Project itself as well as explain why my involvement in it is a natural outgrowth of and match to my Jewish view on life, history and meaning.

The Appleseed Project is a 501(c)(3) non-profit organization dedicated to teaching every American our shared heritage and history as well as traditional rifle marksmanship skills. Our volunteer instructors travel across the country teaching those who attend about the difficult choices, the heroic actions, and the sacrifices that the Founders made on behalf of modern Americans, all of whom are their “progeny.”

Our heritage program vividly portrays the Battles of Lexington and Concord with the kind of care and immediacy that is absent from most formal schooling. Modern listeners are confronted with the danger, the fear, and the heartbreaking separations that arose out of the choices made on April 19th, 1775. They are also reminded of the marksmanship skills and masterful organization that ultimately helped set the colonists on the path to success. Those who attend gain a better understanding of the fundamental choices faced by our ancestors as they began to set the stage for the nation we now enjoy.

Our program seeks three goals in every attendee: individual skill in rifle safety and marksmanship, individual growth of love for history, and a personal connection with our founding history that brings meaning and civic action to each of our lives.

How do we accomplish this? We teach something that is very familiar to Jews but lost to most Americans: lived history. Jews know history in a deep personal way that is lost to most modern Americans. In Judaism the word Zachor is both the term for history, but is also a command to remember. And that memory is not one of dry facts of names and dates. It is a memory full of the tears and laughter of the Seder table. It is the tie to ancestors filled with warnings about our future. It is about the past reminding us about who we are and what guides us each as individuals into both our personal and collective futures. It is a history lived, experienced, and deeply connected with year after year passed from one generation to the next.

Appleseed Events are two days long and throughout that time we instruct marksmanship and history side by side. Just as in the Seder where we take turns between eating and history, at an Appleseed event we take turns between marksmanship instruction and the history of April 19, 1775. Just as we put ourselves into the land of Mitzrayim in one, Appleseed places it’s attendees on Lexington green that cold morning. Just as we meet Moses and Pharaoh in one, attendees meet Paul Revere and General Gage in the other. These experienced histories, these lived moments that transcend time are a new experience for most Americans, but for the Jews among us, it is a familiar and comfortable experience that we know already even if the specific content is new.

Now, who is Appleseed for and why would a Jewish American want to go? I get this question all the time. Appleseed is for everyone. And by that I mean everyone of any race, creed, preference, background and political leanings. Everyone. Now, there are a few exceptions which I go over at the beginning of every event: racists, supremecists and those interested in the overthrow of our government are not welcome. We are not militia, and we have both military and law enforcement in our midst as instructors. We are normal folk and have no interest in those who would tear America apart or hurt it’s people for their own vile reasons. And my experience has been that every person I have met at a seed has been as normal as you and I. Catholics, Jews, Protestants, and all sorts of folks are not only attendees but also have signed on as instructors as well. Given the need, I am pretty sure I could gather a minyan of instructors alone!

But again, what draws us? What is brings people and more importantly, what keeps them coming back to donate their spare time as volunteers?

The answer is twofold: marksmanship and civic involvement.

Jews know marksmanship. To some that is an oxymoronic statement, but the reality is that we do. It is less common in this generation, and it is less common in America, but it remains a true statement nonetheless. Jews are a practical bunch and not a warrior society. However, we are also a bunch that remembers our times of fighting and has learned the need for the skills of self preservation.

Look at the stories from ancient times and see the battles of Lachish and Jerusalem in antiquity. In our Machzor, we cover the tales of medieval Jewish fighters at Mayence as well as those in more modern times figthing in the Ghetto streets of Europe. Then move forward to the superb skills of our Israeli cousins and it takes no more to understand that Jews may be reticent to take up arms, but when faced with need will do so. In Israel the need is clear and unceasing. In America the temptation is to say there is no need and thus this generation can skip the knowledge and lose the skills. But as the Seder reminds us in every generation an enemy will arise that must be stopped. Without the skills remembered another generation of Jews will have to build skills when evil has already moved. Frankly, the skills of self preservation are the exact skills that cannot be learned in the moment of crisis. Sadly the Jews of Europe had to learn this, and the Jews of Israel will never forget. American Jews stand in the space in between and have to choose their path through the Galut. It can be with or without a rifle, but it should never be a path of intentional ignorance of it’s proper use. At least, never again.

Now, Jews have never been completely without our skills for self care even when we have been without arms. One that we have learned well is that that our enemy comes in many forms and the greatest defense there can be is political involvement. Appleseed sees the same reality. We teach our students that the greatest enemies to our nation and it’s people are be apathy, ignorance and laziness. We like to say that the destruction of our nation will come a the hands of the couch. It will all fall because we do nothing to save it.

And this is the message that brings me back to Appleseed as a Jew: be civically involved. We tell our students that the past teaches us three paths. The first is the path of slavery and subjugation. The second path is that of violent rebellion and bloodshed. Neither of these paths are good or desired. But from them comes the opportunity of a third path: freedom through civic involvement. That third path was won for us by our ancestors. In Appleseed terms, it was won by Paul Revere, Isaac Davis, and so many others who bled so that we do not need to. But as Jews we know the eternal tale of slavery, struggle and now lived freedom. Freedom that only exists by our continued efforts, and by our learned skills.

And that in-meshed message, that our future is ours to secure, ours to live out and ours because of those who came before should be obvious to any Jew. The message that skill is learned by hands and needed in every generation if for no other reason than to pass it onto the next who will need it also should be no stranger to any Jew. And Appleseed is more than a simple rifle school: it is a history and heritage program with a superb marksmanship clinic. It is a movement to take the couch sitters and pull them into the active body politic. It is a place where history lives and leads us into a better future for us all. It is a place for you.

I would invite each of your readers to come and join us for two days. Come and learn. Your past and present await, as does your future and some new friends. I look forward to meeting each of you.

Over the summer I reported on the Israeli shooters who competed at the ISSF World Championship in Munich. As it turns out, the USA also sent a Jewish shooter, Sharon Barazani. Sharon took first place in 50m Prone with a 596 – 45x! Mazal tov! Click below to watch the video of Sharon in action. 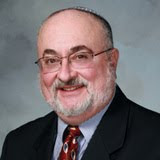 I came across an article on about.com by Rabbi Barry Dov Lerner discussing a Jewish perspective on hunting. In the article, Rabbi Lerner discusses his own marksmanship background:

I am a former national champion archer with two national records while in college – and I can’t wait for Maccabiah Games to institute Archery as a Masters sport! I’d love nothing more than to carry the American/US flag in the parade in Israel.

Secondly, I was a [manager] of the Arizona State ROTC Rifle Team [...] and also on the side was a member of a fast-draw pistol/side-arm group.

I emailed Rabbi Lerner a little while back to ask him more about his history with guns and bows. With his permission, I republish his response:

I mentioned my experience with rifle and archery only to make my point about not hunting or the taking of a life. Except for the holding of a national inter-collegiate title back in early 60′s at ASU under the coaching of Margaret Klann, may she rest in peace, who went on after my college days to formalize an NCAA standing for archery. She was a wiz of a coach, a guide in personal issues, and I for one never fully realized what we were accomplishing with her – it was just great sport.

Many years later, I returned to archery instituting archery at Camps Ramah in Berkshires,NY and then Palmer,MA. I was thrilled to re-experience teaching an Olympic style albeit mixed with a “martial arts flavor” for East Coast Jewish youth, and that included everyone in camp throughout each day from camp administrators to the pre-camper staff kids, from kitchen staff to campers. We used every bow we had and every target we could afford, from right after breakfast to right before dinner. I taught my wife to shoot and then passed on lessons to her and the kids I had learned almost 40 years earlier from Mrs. Klann in re-fletching and marking arrows, shooting line etiquette and related it to Jewish laws of respect and courtesy with regard to neighbors and others, to enjoying the woods and “roving” and “field shooting.”

Since then, I opened a hands-on Jewish educational Foundation in 2000 and have been using archery as a sport relating to Jewish holidays, especially the 33rd day in the interval between Passover and Shavuot/Festival of Weeks. Tradition and legends claim that students used archery as an excuse to be out in the fields shooting, while in reality they were studying Jewish text and laws in defiance of Roman occupation and oppression which forbade Jewish education and/or practice.

Good to hear from you and anyone interested in archery, check me at out www.jewishfreeware.org for free downloads or consultations on sports and Jewish education.