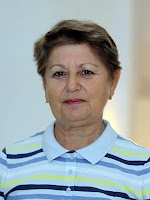 Today we have another great Jewish shooter from the former Soviet Union, Larissa Gurvich (now Zuranova) I discovered she was Jewish through Google searches for female Jewish shooters, and found a source here and here. I then passed the name along to Ernst over at Backyard-Safari blog, who was able to tell us a little more about her. The following is his post translated with a little help from Google translate:

Larissa Semyonovna Gurwitsch, now Zuranowa, was born on May, 10 1947 in Bessporno. She studied at the Medical Institute in Rostov on Don. In 1963 she began with sporting shotgun under the guidance of her father in Yekaterinburg, now known as Sverdlovsk. She specialized in Skeet and with great success. Gurwitsch was four times world champion (1967, 1970, 1974, 1975), ten-time European champion (first published in 1965) and twelve times the USSR champion. In addition, she set several records. At that time she competed on the Army Sports Club .
Her favorite shotguns were the IZH-12 and IZH-25, which the Izhevsk factory customized for her, because at that time the Soviet-made guns were not popular among competitors. The otherwise delicate-looking woman shot more than 10,000 rounds per year through those guns.

Later she married the equally highly successful shotgunner Zuranow Yuri (1936-2008) and became Larissa Zuranowa. Both worked until the ends of their active careers in the mid-80s as coaches, first in Rostov and later in Yekaterinburg, which is one of the centers of clay target shooting in Russia. She currently lives and works in Novosibirsk . Her protégés include her son Konstantin Zuranow (b. 1972) among others, who participated in the Olympic Games in 2008 in Skeet.

1. Well, as mazal would have it, last week I received a great email from fellow Jewish marksman Hap Rocketto, who provided me a list of 20 top Jewish marksmen I probably would never have discovered. Profiling those shooters will keep me busy for a while.

2. I think a new logo for the blog is in order…any volunteers?

3. I STILL NEED YOU CLUB SHOOTERS TO VOLUNTEER TO BE PROFILED. How is that for asking nicely? This blog is not just about the top shooters in the game, but about any Jew who tries his or her hand at the shooting sports. Just drop me an email and we’ll go from there.

And with that, I introduce a new Jewish Marksman, Simms Pearl of Massachusetts, who sent me this great email earlier today:

I am new to clay targets and am starting out in the sport. As a Jew, I was curious about how many Jews are into shooting. I did a search and found your site. It is very interesting.

I am often disturbed by self defeating statements by other Jews about how ‘Jews don’t do this or that’. I totally reject the concept of the Jew as a mechanically inept, physically weak, over urbanized coward. These statements are neither historically accurate or fair. This image of the ghetto Jew was rejected by the early Zionists who wanted Jews to be strong and brave and return to the land.

In ancient times Jews were actually highly sought after as warriors because of their fighting skills.

Several years ago, there was an Israel celebration on the town green in my community. A Jewish friend of mine who is also an auxiliary police officer, volunteered to help police the event. An ultra-orthodox Rabbi and his wife came by. They saw his name tag and asked if he was Jewish. He told them that he was. They were shocked.

“A Jewish Policeman?” they exclaimed as if he was from Mars.

My friend told them that actually the chief of police as well as the assistant chief were also Jewish.

I guess these people thought they were still in 1850 Poland.

This type of thing really bothers me. We are not guests in this country living at the largess of some religious majority. Jews have always played a very important part in America’s history. The have fought bravely in all of its conflicts and made contributions to all walks of life far in excess of their numbers.

Anyway, I am sure I am ‘preaching to the choir” here but I did want to thank you for your site. 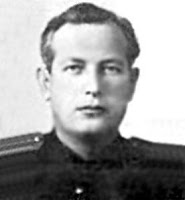 Gil Hebards Pistol Shooter’s Treasury is a great book on pistol shooting (it must be a great book because I loaned out my copy and never got it back…), and is divided into separate chapters by different authors. One of the chapters is by Lev Weinstein, a former USSR shooting coach, and I wondered if he was Jewish based on his name. A while back, my blog was discovered by a blogger in Germany, who has some knowledge of competitive shooters in the former Soviet Union, and has already written about a few of them. The following is an excerpt on Weinstein from his blog, translated by Google, as my German is a bit rusty:

He was born on 03/12/1916 in Yekaterinburg born. Like most of his peers, he was in the war years a member of the Red Army and remained so even after the end of World War II, but then as athletes. Most recently, he wore the rank of Major aD (the accompanying picture shows him in officer’s uniform). As his surname suggests, he was a Jew. Still, he seems to have somehow managed in the late Stalin onset persecution of Jews, in which many Jewish lost their positions to Soviet citizens survive time.

Weinstein at the 1952 Summer Olympic Games in Helsinki in the truest sense of the word for “Shooting Star” of the shooting scene with the fifth free pistol at 50 meters and third parties with the gun outside to 300 m. This bronze medal he won as a total outsider, he was above all an ambitious handguns shot. This shows that one in fields can provide excellent results both well. Maybe he was just an exceptional shooter.

Later, Weinstein has a trainer in the Central Army Sports Club (P / CSKA) worked and Moscow, where many trained. Handgun shooters in 1962 he was honorary title of “Honored coach of the Soviet Union” award. the Previously he had been the shooting sports departments (Army) sports club “Dynamo “in Tbilisi (1946-1950), Leningrad (1950-1953) and Moscow (1953-1955) belongs to.

He was still active into old age, his last book came out in 1998. On 12.25.2004 is Lew Weinstein, the 89th Years standing, died. To this day remember his students appreciate him.

In 1956 , he has little textbook for handguns written a shooter, in which he sums up his experiences and tips are many. Because of Weinstein’s work has won international recognition also found. Since there are two German states were at that time, this book was published twice in German. First, in East Germany, entitled “Sport shooting with pistols and revolvers” (Berlin 1960) and the other in Germany as “Sporty shooting with handguns” (edited by the German Shooting Federation).

I have not been able to find much else out about Weinstein via Google. Once again danke to Ernst!

It was a good weekend for the Jewish Marksman–I won my local club High Power Rifle match (100 yard reduced course) with a High Master score, 781-22. With that score, I should finally move up to Expert class.