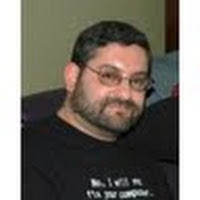 Dave Markowitz is the publisher of a blog titled “Blog O’ Stuff“, which he describes as “about computing, shooting, RKBA, and whatever else I feel like ranting about.” He recently blogged about his recommendations for a first gun for a new Jewish gun owner. As I’ve previously written, I advocate a revolver, but if you do decide on a semi-auto, he makes some good suggestions. He also has good commentary on Jews and firearms in another post:

Regardless of training requirements, Jews should get a license to carry a concealed firearm, as long as doing so is possible. Antisemetic crime is not confined to the home, indeed as Silverman described at the beginning of his article, Jews should be prepared to confront it at synagogue, and elsewhere.
In some of my prior posts to this blog I have stated that “Never Again” requires more than harsh language. If we as Jews are serious about preventing another Shoah (Holocaust), we have no one to depend on but ourselves.

Head over to his blog for more interesting posts on all kinds of “stuff!”

A reader tipped me off today’s Jewish Marksman, Lawrence “Larry” Cohen, September 17, 1943 – August 2, 2010. A veterinarian in Colorado, “Dr. Larry” as he was known was very active in the firearms community, as discussed in his memorial tribute page:

While in Southern California he was instrumental in founding the Single Action Shooting Society that popularized old-west cowboy competitive shooting scenarios. SASS is now an international organization with nearly 100, 000 members. He served on the organizations’ “Wild Bunch” from 1987-1992 and placed as World Champion Shootist in both 1991 and 2001. An article about the “Durango Kid” appeared on the front page of the Wall Street Journal in 1994. He won numerous shooting awards through the years including Colorado Mounted (on horse-back) Champion in 1998. Cohen was featured on the Starz Western Channel for an entire month in 2003 for his participation with the “Happy Rails” shootout held in Durango. He had a passion for the outdoors and loved the Rocky Mountains and living in Southwest Colorado. He and his quarter horse “Rebel” were regulars in the Cowboy Parades, mock train robberies with the D&SNGRR and he even rode Rebel inside and right up to the bar at Handlebars Saloon in Silverton. (At the owner’s request, of course.) In recent years, Cohen also competed in 3-gun sniper style shooting events and pistol shooting competitions all around the region. He had also helped organize and coordinate the regional police departments’ annual SASSO shoot.

Thanks again to reader Brad_in_MA, and I encourage everyone to send me leads on Jewish Marksmen!

I recently heard that several major US firearms manufacturers have significant Jewish leadership. I have only been able to verify Colt. If the readers can verify Sig Sauer and Kimber, that would be great! Also please share any others you know of!

1. Colt’s Manufacturing Company – according to an article on Maine Antique Digest:

In 1994 Colt’s Manufacturing Company was purchased by Zilkha & Company of New York City for $12 million. Donald Zilkha, then 42, was and remains company president. Three years after buying Colt, he unsuccessfully tried to buy FN Herstal, as mentioned above, for $82 million. It would have given him control of Winchester, Browning, and Colt.
Where did this young guy get that kind of money? He was born right. He is the son of Azouri “Ezra” Zilkha, “a scion of a Babylonian Jewish banking family,” according to a 2001 article in Traders Magazine. The New York Times in 1999 described the Zilkha family as “one of Iraq’s richest banking dynasties.” The family left Iraq after the Second World War and successfully reestablished itself in the U.S.
The family patriarch, Khedouri (or Khadouri) Zilkha (1884-1956), launched banks throughout the Middle East. His son Ezra, now 82, self-published his memoir in the 1999 book From Baghdad to Boardrooms: My Family’s Odyssey. It’s available in some used bookstores.

I found some other articles on Zilkha:

2. Sig Sauer – The President and CEO is named Ron Cohen, and my “sources” tell me he is Jewish, but I have not been able to verify this. If you can do so, please drop me a line.
3. Kimber – Again, my “sources” and various Internet web sites (some anti-Semitic) claim the owners/operators are Jewish, but again I have not been able to verify and need help from the readers.
Of these three, I can only comment on Sig Sauer, having owned one of their semi-auto pistols, a 9mm P228. I sold it to finance other guns, and sometimes regret it. It was a great semi-auto that was my first gun, and for many years my only gun, until I discovered revolvers. I only put a few hundred rounds through it, but it actually never malfunctioned. If I was forced to rely on a semi-auto, I would go with a Sig without reservation. Kimber has a decent reputation, Colt not so much, but that is all I know about them. 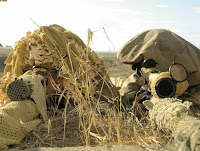 The IDF Blog has a great post up on IDF snipers (click here). It links to an article in Hebrew with more great photos (click here or for google translate in English click here).
Remember you can help support the IDF by donating to Friends of the IDF.

Jewish summer camp in New York is looking for a few college-aged individuals who want to spend their summer teaching archery to children ages 7-13. Camp will pay for archery certification course. Dates are June 15th-August 20th. Salary depends on experience. Contact thblock@youngjudaea.org or call 212-451-6233 if you are interested.