About a year ago we learned that Supreme Court Justice Elena Kagan enjoyed exercising her right to bear arms.  Today we learn she is still at it, with hunting large game her shooting sport of choice:

Witty and affable, Kagan often kept the crowd chuckling with her preference for American Top-40 music and tales of learning to shoot fowl with Scalia.
“Last spring, he said to me ‘It’s time to move on to the big game,’” she said, adding that she will miss Saturday’s football game in Neyland to hunt with him in Wyoming.
“I’m hoping to bag myself an antelope.”

Remember that when Kagan was appointed by Obama in 2010, she was widely regarded as a stereotypical left-leaning Jew, likely to rule in a manner unfriendly to the Second Amendment.  But two things happened: 1) someone invited her to go shooting and 2) she kept an open mind.  So share this blog with your fellow Jews and TAKE A JEW SHOOTING!  You never know what the positive repercussions may be.

Hope all is well with my readers affected by the storm.  For those with power and internet access, today there is another Israeli Mauser up on Gunbroker.
This one has a bolt with matching serial number, which for some reason collectors tend to pay more for, so I am not going to make a guess at the value.  As described it appears to be a very fine specimen, almost a shame to use as a shooter.  At this time the bidding starts at $530 with no reserve.
As always, I have no connection whatsoever to this sale, and buyer beware!

Last weekend went fairly well with the Israeli Mauser in another reduced High Power match.  The little tweaks I did since the last match helped tremendously, in particular the grip tape.  But most importantly, my bolt speed has really improved.  In both sitting and standing rapid fire, I had several seconds left over so I know now I can slow down slightly and get off better shots.  My reloads with the stripper clips were quick and snag-free.  The match was only a 50 shot match this month instead of the usual 80.  Here is how it broke down:
10 shots standing 85%
10 shots rapid sitting 87%
10 shots rapid prone 89 %
20 shots slow prone 161% (80.5%)
Total 84.4% (Sharpshooter cut-off is 84%)
So looking at the percentages, I’m pretty confident that if we had done the full 20 shot stages as usual, my total percentage would have been much higher.  I attribute the low prone score to the fact that I did not have a good zero having switched to a new load.  (I dropped the powder charge thinking it would help with recoil. I don’t think it made much difference with recoil, and actually the bullets are not well stabilized at the slower speed because the target holes were larger and ragged.  That instability actually helped me gain a few points when the larger holes broke higher scoring rings!)
In the same match there were 12 other shooters using an AR-15, one M-14.  Some of these were newbie shooters but I came in 7th place with the Israeli Mauser.  There were also 4 shooters using Springfield bolt guns, although they used the 200 yard target for the entire match.  Nonetheless, I beat two of them even with the different targets, and I suspect the other two if they had used the longer range targets.
I’m now fairly confident that a 89% (Expert class) score is an attainable goal in the near future.  But as my readers know, for some time I’ve been gunning for a Sharpshooter score.  It was quite a sense of accomplishment when the match was over.  I have shot many Master and an occasional High Master score with the AR-15, but it’s not the same.  Something about shooting competitively with a 70 year old bolt rifle just makes one feel like, well, a Rifleman!
Perhaps the best part is the fact the other club members are starting to respect the old Israeli Mauser more and more.  Especially those that can’t beat me yet with their AR-15s, but even those who can are still impressed by what the old girl can do.  I sometimes think that the expense of a good rifle intimidates too many from taking up this sport.  Many of us are conditioned to think we have to spend thousands to have a competitive rifle.  I don’t think there is any reason why someone can’t take an off-the rack Remington 700, that new Ruger Scout or something similar, and after figuring out an iron sights solution and trigger replacement, have a Master class-capable rifle for less than $1000. 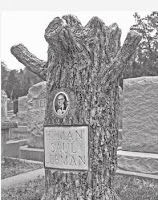 Thanks to reader Henry Sapoznik for alerting me to this one.  As loyal readers will remember, today you can indeed send your guns to a Jewish gunsmith, Budd Gardstein. However, back in the 1930′s, you might have visited Hyman Lebman, today’s profile.
From the articles about Lebman it is difficult to discern whether he was a busy gunsmith who happened to have had a minority of customers who happened to be gangsters, or if he was some sort of arms dealer to gangsters.

Standing on his lawn, Marvin Lebman said his father hadn’t done anything but sell guns to men in nice suits and hats.

“This was an open business, that had doors that were open. And we were a half a block south of City Hall, half a block north of the police department. Across the street from the county sheriff’s office. We did more work with policemen than we did with anybody else.”

Another article discusses (click here) a full-auto 1911 conversion he did, and how it ended up in the hands of two gangsters:

One day in 1933, he met a pair of otherwise charming young men who were in need of some effective firepower.  They portrayed themselves as new money Texas oilmen and gave Mr. Lebman no evidence to the contrary. What the gunsmith did not know was that one of them was a man born Lester M Gillis, but infamous later as “Baby Face Nelson” and the other one John Herbert Dillinger. Both were master outlaws and desperados who raced to the top of the FBI’s Most Wanted List. The two even visited the Lebman home and ate dinner with his family.

Lebman started with the standard .45 ACP caliber Colt M1911A1 semi-automatic pistol as used by the US military in World War 1 and made it into something quite different—he modified the action and trigger group to allow for full-automatic fire. The firearm was not select-fire but full auto only with a cyclic rate of 1000-rounds per minute. To help control this little dragon’s flame he added a ported extended compensator to the muzzle that forced the barrel down as it fired.

A Thompson 1928 style finger-grooved fore grip was added just forward of the trigger guard on the bottom of the frame to allow both hands to be used to steady the weapon. With its standard 7-round magazine capable of being exhausted in just the blink of an eye, an extended magazine was fitted that extended about nine inches from the handgrip. Some of these weapons were upgraded in caliber to .38 Super Automatic. The round, invented in 1929, was similar in size to the .45ACP yet pushed a smaller 130-grain bullet at a blistering 1,280 ft/s. The 45ACP versions used an 18-round extended magazine, while the .38 Super used a 22-round version.
Five guns were made and sold to Nelson, who Lebman knew under the alias James Williams.

Nelson and Dillinger both used and abused their Lebman room-brooms. The gang at the 1934 New Bohemia Lodge in Wisconsin used one weapon, a .38 Super 1911 S /N 14130 in the shootout. A second Lebman Pistol was recovered from Dillinger later. One more was recovered from Lebman’s shop at 111 South Flores Street in 1935 after the gang had sent it to him for repair.

Although the article mentions Lebman was charged with NFA technicalities, he was never convicted and apparently went on to continue working as a gunsmith until the 1970′s.  Lebman is featured in Ron Franscell’s book, The Crime Buff’s Guide to Outlaw Texas (click here), but again, I have the sense there is not a lot of meat on the bone to the assertion that Lebman was some kind of “gangster’s gunsmith.”  I am certainly not trying to whitewash Jewish involvement in prohibition-era crime, as there definitely were some brutal Jewish gangsters.  But read the articles on Lebman and judge for yourself.  Wikipedia also offers a brief summary.