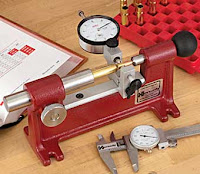 
having a common center, as circles or spheres.

When I first started shooting rifle competitively, I tried to be discriminating with how I spent my time available for the hobby.  I believe I made good choices.  For the first few years, all that really matters is developing good shooting technique.  The quality of the gear and ammo is of secondary importance, just don’t use junk.  As one progresses, development of technique is still important, but there is finally “bang for the buck” when looking at other aspects of the game, like mental training and ammunition quality.  I’ve seen a lot of new shooters over the years get into the game, and rather than work on technique they divert disproportionate resources to reloading, or the quality of their gear.  This is like the new tennis player who obsesses over the newest titanium racket and shoes, when in reality they would do just as well with an old wooden racket if they would just go out and hit the ball 100 times a day and practice, or the golfer who buys the best clubs and balls but only touches them once a month.  More often than not, these folks get frustrated and quit.  Top gear helps, but it only makes a tiny difference, and tiny differences only matter once you start reaching the higher levels.  Maybe I’m being premature, but I think knocking on the High Master door is the time for me to start looking at my kit.

Recently I posted about annealing my brass, and how I believe it made a significant improvement in my 600 yard score.  By significant, I mean approximately 3 points, which at my level is pretty significant.  But I still feel that I am not extracting every last point me and the rifle are capable of.  I’m still getting a few 9s just outside the 10, or 10′s off call.  At 100 yards, out of 20 shots I’ll get 15 within an inch but 5 that wander.  Now, that could be a million things that have nothing to do with ammo, but I have a “hunch.”  My loading bench kind of flexes, my dies always seem to loosen a bit, and a few other reasons make me think maybe my ammo is not world class.
Frankly, I was initially skeptical about annealing or that it might have any effect on my scores, but it really wasn’t based on any facts or study…I just assumed that shooters don’t talk about it much, it probably doesn’t matter.  I’ve been equally skeptical about the concentricity of my ammo, and basically for the same reason. So I figured I’d dig deeper and take a fresh look into it, especially since I seem to recall a DVD I borrowed on reloading, where David Tubb, a champion High Power shooter, seemed to think it was pretty important.
To back up a bit, concentricity is the degree to which the case head, body, neck and bullet are all perfectly centered around an imaginary line running through the middle of the length of the case.  Bullets, due the rifling of the barrel, spin like a top or, I guess more like a football.  I suppose it makes sense that you’d want the bullet to spin perfectly about it’s length and wobble as little as possible.  Apparently this has non-trivial aerodynamic effects on the path of the bullet as well.  And like anything else, you’d want it consistent. In theory, your fired case would come out your perfectly concentric chamber, then into your resizing die that keeps the neck and body concentric, and then you seat in a new bullet perfectly concentric with the case.  In practice, things get bent off center at various stages and the human eye cannot see the imperfections.  It is generally considered reasonable that if you spin the round along it’s axis, a dial indicator gauge should show that the bullet is not more than .002-.003 off that ideal axis.  I’ve also read that some shooters will mark the case head where the high spot is, then position the round in the chamber with that spot on top for consistency.  That’s a bit overkill for me at this point, I think.
So Hornady has a tool out which not only allows you to gauge how much your bullet is concentric or not, but to actually fix the problem by pushing the bullet towards center (bullets are only held in place by a friction fit in the neck, they can be manipulated with moderate force).  Now, if you have a really good reloading setup and good reloading technique, you might have not need for this tool because you’re already making good concentric ammo.  On the other hand, in the handful of years since this Hornady tool came out, there are quite a few believable testimonies online that it seems to work, and certainly does no harm.  The most common comment is that it reduces or eliminates “fliers” (shots the shooter believes were off for inexplicable reasons other than technique).  Others feel it tightens groups somewhat.  Some say the tool is incomplete, because it does not measure the case run-out, and some believe there is something to be gained by sorting cases and using the ones with the least run-out for the shots demanding the highest precision.  Hornady techs (this is hearsay but believable) say the most important thing is to get the bullet concentric with the case head, that the neck run-out is less relevant.  Of course, you are also at the mercy of the bullet manufacturer, unless you want to start testing the bullets for concentricity and sort them…  In the end, theory aside, the tool seems to work for quite a few folks, especially those whose ammo “needs help” and there are quite a few reports of the tool really helping factory ammo.  I have a rather frugal reloading press and die setup, so, I “bit the bullet” and bought one (from Amazon.com, where else!) in the hopes that my ammo will benefit.
I have a 100 yard match coming up, so I figured I’d test my 22 rounds for the prone portion (which simulates the 600 yard target by using a 2″ 10 ring and 1″ X ring).  Most of my rounds measured about .005″ of run-out, only a few were .003″, and a handful were a surprising .010″+.  The average was probably around .007 or .008.  Well that let me know, if nothing else, that my reloading techniques or set up is not as good as some of the serious reloaders out there.  It took me about 10-15 minutes to get all 22 of the rounds down to .002″ or less, a few with the dial barely moving.  The tool is very easy to use, and I think I will be much faster the next time now that I have the hang of it.  I’m not going to bother fixing my 200 yard ammo, and won’t bother with the 300 for now.

So I can say that if you believe in the theory, this tool really works in terms of reducing run-out.  Will it make a difference on the 100 yard target?  We’ll see, but I suspect if there’s improvement it will show more at 600 next month.  I’m debating whether to take the time and clean my barrel first…