It has not escaped notice of many gun owners that Jewish politicians like Dianne Feinstein (D-California) are contributing to the efforts of late to destroy Americans’ gun rights.  However, many are unaware how prominent Jewish attorneys have been in protecting those rights.  Here are a few examples: 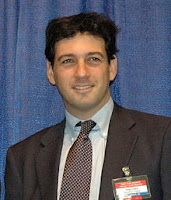 Alan Gura is a sort of superstar in the fight for 2nd Amendment rights.  First he won the 2008 case  United States Supreme Court in District of Columbia v. Heller, which finally settled the notion that the 2A provides a right to firearms ownership independent of membership in any organized “militia.”  Then in 2010 he won  McDonald v. Chicago, which held the 2A and Heller applied to the states.  His most recent 2012 win is Moore v. Madigan, where a federal district court held that Illinois’ ban on concealed carry (the only state to ban all concealed carry) is unconstitutional.

Gura, in contrast, said statistics indicate that gun ownership tends to reduce crime and increase public safety. Moreover, self-protection is a fundamental right, he added, because citizens cannot always depend on the government to protect them from criminals or tyrannical rulers. He said Jews, in particular, should take note.

“We should examine our history and see that our reliance on governmental officials to preserve our liberties has not always worked out so well,” explained Gura, who considers himself a libertarian. “There is still anti-Semitism. The sad fact is that many Jews have the option of being armed or dead and not that many prefer to be armed.”

Asked why Jews seem disproportionately opposed to gun ownership, Gura said, “It’s puzzling. Many Jews seem to prefer heavy government intervention, and it’s not a good thing.” Jews, he said, often have the mistaken belief “that the government is a beneficent force to always do good and help people out.”

An Israeli native now living in Alexandria, where he attends the Conservative Agudas Achim Congregation, Gura, 37, came to the United States with his family when he was 7. They settled in Los Angeles. He received his undergraduate degree in government from Cornell University and his law degree from Georgetown University. Gura, whose law practice, Gura and Possessky, has offices Alexandria and D.C., focuses mainly on civil rights and intellectual property matters.

Gura, who with his wife has a 1-year-old son, first became a gun owner in the early 1990s because, he said, he wanted to be able to defend himself against crime. Among the contributing factors in his decision to buy a weapon were the 1992 riots in Los Angeles, which Gura said he watched on TV “with a great deal of concern” while he was in college at Cornell. He said he has never used the gun in self-defense.

Gura was hired to handle the case in 2003 by social acquaintance Robert Levy, a nonpracticing attorney and libertarian scholar. Levy and another lawyer recruited the plaintiffs, six D.C. residents who wanted to own handguns. 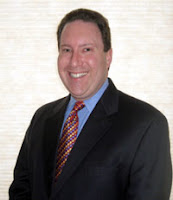 Another attorney, David G. Sigale assisted Gura on the McDonald and Madigan cases, and appears to be involved in a Chicago-land synagogue.

The Jewish judge writing the majority opinion in the Madigan case was none other than Richard Posner.  Posner’s opinion is very good for gun rights, because he wrote that “…a ban as broad as Illinois’s can’t be upheld merely on the ground that it’s not irrational…”so substantial a curtailment of the right of armed self-defense requires a greater showing of justification than merely that the public might benefit on balance from such a curtailment, though there is no proof it would.”  That language is critical because the Supreme Court’s Heller opinion did not explicitly tell courts what test to apply when determining whether certain laws restricting gun rights are constitutional or not.  Lower courts are still feeling out the parameters, and Posner’s opinion is a step in the right direction towards strict, or at least intermediate scrutiny.

Finally, Alan Gottlieb is not an attorney (according to Wikipedia) but is  is the Chairman of the Citizens Committee for the Right to Keep and Bear Arms, Founder of the Second Amendment Foundation.  The SAF, as I understand it, funds Gura’s and other gun-rights lawsuits, but also promotes knowledge of the 2A and its history.