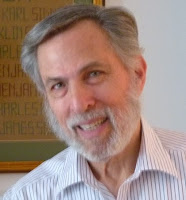 Today’s Jewish Marksman is Chuck Klein of Ohio.  Klein is a former police officer and firefighter, and also an author and firearms instructor.  His written works include books on police work, self-defense, as well as fiction.  He has also written many articles and essays, including “Klein’s Laws”, which is a collection of Klein’s acquired life wisdom reduced to single sentences, and while not quite as deep as Pirke Avot, is a good read.  An online Jewish magazine gave Klein’s book “The Badge” a generally positive review.

JPFO: … Do you have any final thoughts on solutions to the problems facing American gun owners and those who feel the need to carry concealed weapons?

CK: Yes. I’m concerned that there are far too many restrictions placed on the decent law-abiding citizen who wants or needs to own and carry firearms. Not only that, but these laws, statutes and court decrees are confusing and not universally applied. Even our 2nd Amendment – our beloved 2nd Amendment – is subject to subjectiveness by persons who have the power to enforce restrictions.

There are people out there who are working everyday to pass restrictive firearm rules and when they can’t muster legislative support they connive to twist and usurp what legal, plain language protections we now have.

Citizens who carry must not only be aware of local as well and national laws, but they must have the wherewithal, the grit to defend themselves in a court of law should some police officer or prosecutor, well intentioned or not, charges them with a gun related crime. Belonging to some of the gun rights organizations, is one way to keep abreast of the intricacies of firearm related legal rulings.