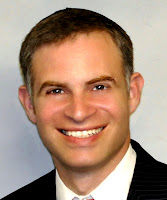 Today’s Jewish Marksman is Joshua Wander.  From his website:


Josh Wander ‘Survivor’ received his Bachelor’s degree in Talmudic law from a prestigious rabbinical college in Jerusalem. He then served as a commander in the IDF and officer in the United States Air Force aux. before graduating from the University of Pittsburgh with a Master’s degree in Public and International Affairs and a global studies certificate in conflict resolution with a regional concentration in the Middle East. Politically in Israel, he served as an adviser in the Israeli parliament and as the online content editor and political corespondent for The Jerusalem Post. In the US, he was an elected PA State Constable, an appointed Committeeman and a commissioned Notary Public. Wander has been assigned and loyally served in global hot spots including: Iraq, Lebanon, Haiti, Northern Ireland and Israel. A certified NRA instructor and a Range Safety Officer, he founded Jewish Preppers, People without Borders and the D4DR Club. He has also been featured in the National Geographic series “Doomsday Preppers”.


I was born in Mckeesport, PA. Went to high school in Baltimore, MD and moved to Israel where I lived for most of my adult life. I returned to the US several years ago in order to work on my degrees. I finished my Masters and then started my PhD. 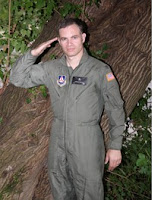 My first introduction was shooting bb guns in my back yard as a child. I eventually, “graduated” to larger caliber firearms as I grew older. When I moved to Israel, I served as a commander in the IDF. I was in combat in Lebanon for a year and a half. I eventually became an NRA certified instructor if pistol, rifle and shotgun.

4.  How did you get involved in shooting sports?


I am dabbed in shooting sports over the years from CMP to Trap and Ipsc.

5.  What shooting sports have you competed in?  Have you earned any awards or classifications?


I have not formally competed, nor have I won any awards. (unless you consider army citations)

6.  What do Jewish family members and friends think about your shooting?


There are mixed reactions. I try to get everyone involved by inviting them to my training courses.

7.  What do you like most about the shooting sports? 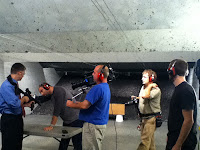 I love educating Jews about the fun and necessity of being proficient in shooting.

8.  Do you have any goals right now in the shooting sports?


My main goal is training Jews in self-defense. I believe strongly that we are fortunate in this country to have a second amendment and that we should take full advantage of it.

9.  Is there anything else you would like to say to the readers?


Yes! I run a website called, “Jewish Preppers” (jewishpreppers.com) Our goal is to spread the word about emergency/disaster preparedness. It includes a lot of information about defensive shooting and second amendment rights.

Preparedness is a Jewish tradition. We have unfortunately had to “bug out” repeatedly throughout our history. From the Exodus to Expulsion from Spain, we have had to defend ourselves and more often than not, not having the ability to defend ourselves we have been forced to survive.

Survival is the key to Jewish continuity. Fortunate are we in this day and age to have most Jews living in the United States, where there is a Constitutional right to bear arms and in Israel where we have our own army for the first time in over 2000 years.

But the art of survival is not lost, we continue to hewn this skill and prepare for whatever the future may bring.