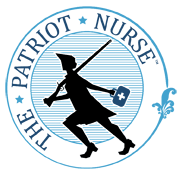 Today’s Jewish Markswoman goes by the online pseudonym The Patriot Nurse.  She is a medical professional, who specializes in training people in medical preparedness for extreme circumstances.  According to her web site:

The Patriot Nurse is an actively practicing RN, with a BSN.  In addition to her work in the United States, she has also traveled extensively for medical mission work.

I take a very balanced approach to prepping that is decidedly reason-based.  Many people, after prepping for awhile, being to realize their preps are covered in the food and weapons arenas.  Medical preparedness is decidedly less glitzy, but it is integral to a well-rounded plan for thriving during times of difficulty.  My work fills that void for the average Joe.

I first learned about The Patriot Nurse when she appeared on Youtube in a pro-gun rights video with a prominent firearms trainer:

As the video proves, American Jewish women often have pro-gun views every bit as strong as anyone else who supports the Second Amendment.  The Patriot Nurse was kind enough to participate in email interview:


The Hills of Southern Appalachia….Shalom Y’all!


I’m a practicing RN in my day job, and I also travel around the country teaching my Medical Preparedness classes. 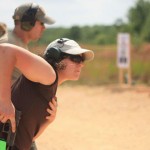 My father gave my brother a BB gun for the Holidays one year when I was 8, and I was insanely jealous.  Pretty soon, I made a habit of regularly ‘borrowing’ my brother’s BB Gun to target shoot.  When I was 21, I bought my first handgun for self-defense.  And the rest is History

4.  What do Jewish family members and friends think about your shooting?


One of my fellow tribe members has a saying, “There are two types of Jews:  The ones that do your taxes, and the ones that clean your rifles.”  I happen to be the latter type

For the most part, the community I am a part of is extremely supportive of my decision to arm myself.  Of course, many of them share a strong admiration for the Black Forest Partisans– our brothers and sisters who fought and resisted the systematic extermination perpetrated by the Nazis.

5.  Why do you think many American Jews are hesitant to embrace firearms?


Many of our brothers and sisters came to this country as a result of the expulsion of Jews from western Europe and Russia.  Especially in the case of the Russian Jewry, pogroms and other acts of violence were perpetrated against  them by people with GUNS and other weapons.  Naturally, when one is the continued victim of having a gun pointed at him, he remembers the gun itself, and not necessarily the man behind it.  It’s just the way the human brain works.  Consequently, a generational aversion arises to the ‘threat’.

6.  Do you have any recommended resources for Jews who are on the fence regarding the decision to own and carry a firearm for self defense?

1) Resistance:  Untold Story of the Jewish Partisans (movie)
2) Partisans of Vilna (movie)
3) The War and the Jew by Vladimir Jabotinsky (book)
4) Jews for the Preservation of Firearms   http://www.jpfo.org/

7.  Is there anything else you would like to say to the readers?


History favors the prepared, and there is no moral superiority in Victimhood. We have the right in this country to arm ourselves to the teeth for defense.  It is the right of every person to take steps to protect him/herself and their families.  We should embrace it, for ourselves and the mishpacha!

Her web site is http://www.thepatriotnurse.com.  She also has a facebook page and youtube channel.  Check it out!